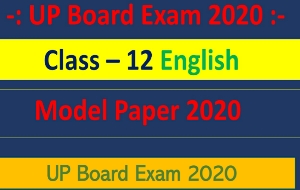 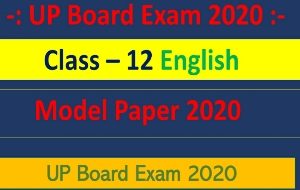 Instruction : First 15 Minutes are allotted to the candidates for reading the question paper.

(a) It was all in vain. He played with me, openly and ostentatiously, life a skillful matador finessing round and an infuriated bull. It was obvious that he was enjoying himself, that it was for this that he had disturbed my repose.

(b) Passion is not power; it is the abuse of power, the dispersion of power. Passion is like a furious storm which beats fiercely and wildly upon the embattled rock whilst power is like the rock itself which remains silent and unmoved through it all.

(a) What did the author do while travelling alone in the compartment?

(b) Who were these children selling baskets? What information does the writer give you about them?

3. Fill in the blanks of  the following sentences with the most suitable words given within the brackets :             4

(b) Everyone seconded the ……….. and it was carried unanimously. (advice, suggestation, proposal, observation)

Visit our website for Board Exam Preparation – English Model Paper

(a) Give an estimate of Portia’s character.

(b) What reason does Shylock give for hating Antonio?

5. Answer any two of the following questions in about 30 words each:

(a) Why did the child enter the over – crowded temple?

(b) What were Sanku’s problems and how did he plan to solve them?

(c) What was the load on the astrologer?

6. Explain with reference to the context any one of the following extracts : 8

(a) This man is free from servile bands Of hope to rise, or fear to fall;

Lord of himself, though not of lands,

And having nothing, he hath all.

(b) He that loves a rosy cheeks, Or a coral lip admires,

Fuel to maintain his fires;

7. Write the central idea of any one of the following poems : 6

(a) On His Blindness

(b) The True Beaury

(c) Character Of A Happy Life

8. Write the definition of any one of the following figures of speech with two examples : 4

(i) He said to the teacher, ” Sir, will you not teach me tomorrow?”

(i) It was a holiday. We did not go to school. (Simple Sentence)

(ii) The teacher says something. Pay attention to it. (Complex Sentence)

(c) Transform any one of the following sentences as directed within the brackets :      2

(i) Did the hunter shoot the lion? (Passive Voice)

(ii) Very few games are so popular as cricket.

(i) This news have disturbed the peace of mind.

(iii) Being a cold night, I stayed in my house.

10. (a) Use any three of the following idioms/phrases in your own sentences so as to bring out their meanings clearly : 3

(i) by leaps and bounds

English Model Paper – Visit Our Website for Board Exam Preparation

(d) Substitute one word for the following expressions :    3

(i) that can not be seen through

(ii) that can not be read

(iii) one who believes in fate

(e) Use the following words in sentences of your own so as to bring out the deffirences in their meanings clearly :       3

11. Translate the following into English : 10

(e) My Likes and Dislike

13. Read the following passage carefully and answer the questions that follow : 4

I want you to learn the lesson that all work is noble and that the greatest thing that man can do in this world is his duty. Whether you are rich or poor, high born or low born here is work for you to do. It makes no difference what the work is. If you do it well, you will have done your duty. When you think that a task has been given to you, which you think is too mean and low for you to do, recall to your mind the story of Peter, the Czar of Russia, working in the dock-yard and go and do your duty as he did.

(a) What does the writer want you to learn?

(b) What is the greatest thing in the world?

(c) Give the meaning of the italicized portions.

(d) Give the summary of the passage together with its heading.