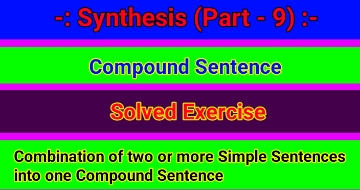 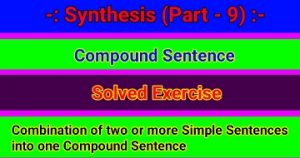 Combine the following sets of Simple Sentences into one Compound Sentence :

34.  I did not go to Delhi. My brother did not go.
Compound – Neither I nor my brother went to Delhi.

Qu. He invited her to the party. She did not come.
Compound –