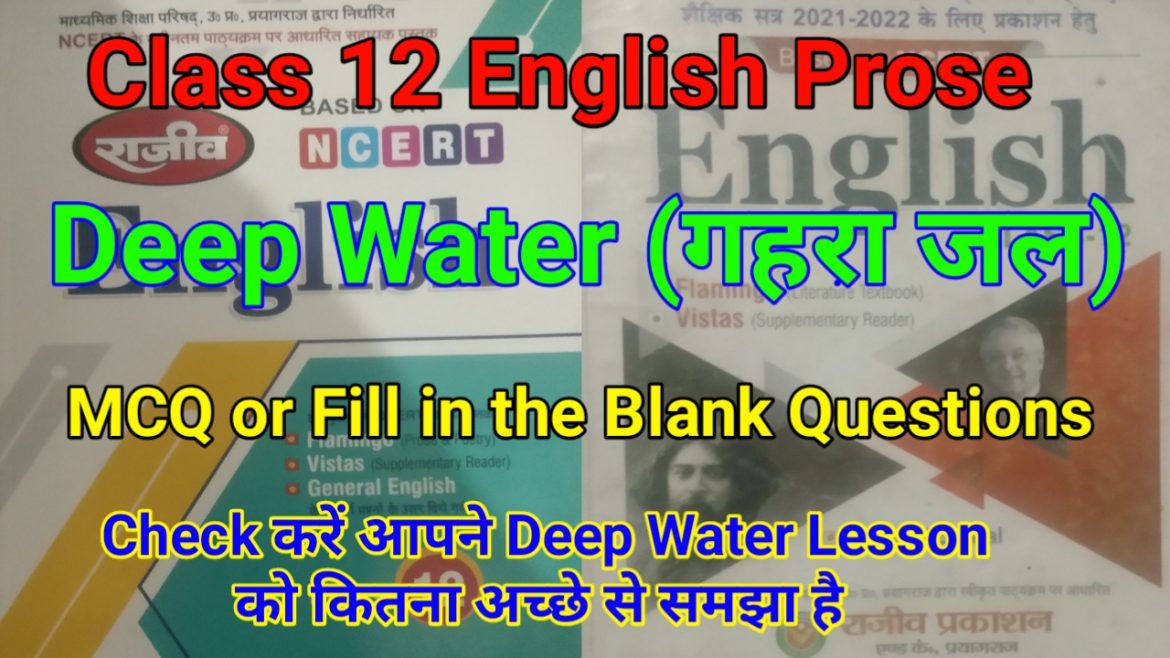 MCQs or Fill in the blank Questions of Deep Water 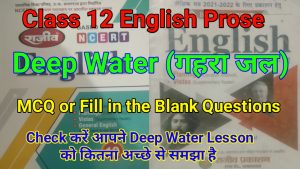 Choose the most appropriate word or phrase that best completes the sentence from the given alternatives:

4. It seemed a long way down and those nine feet were more like …..
(i) ninety (ii) nineteen
(iii) ninety-nine (iv) None

6. Only his heart, and the pounding in his head, said that he was still ……
(i) unconscious (ii) alive
(iii) dead (iv) conscious

8. A few years later when he came to know the waters of the …… he wanted to get into them.
(i) waterfalls (ii) rain
(iii) pool (iv) cascades

11. When Douglas was in the middle of the lake, he put his face under and saw nothing but ……. water.
(i) limitless (ii) bottomless
(iii) deep (iv) unlimited

One Question for you :-