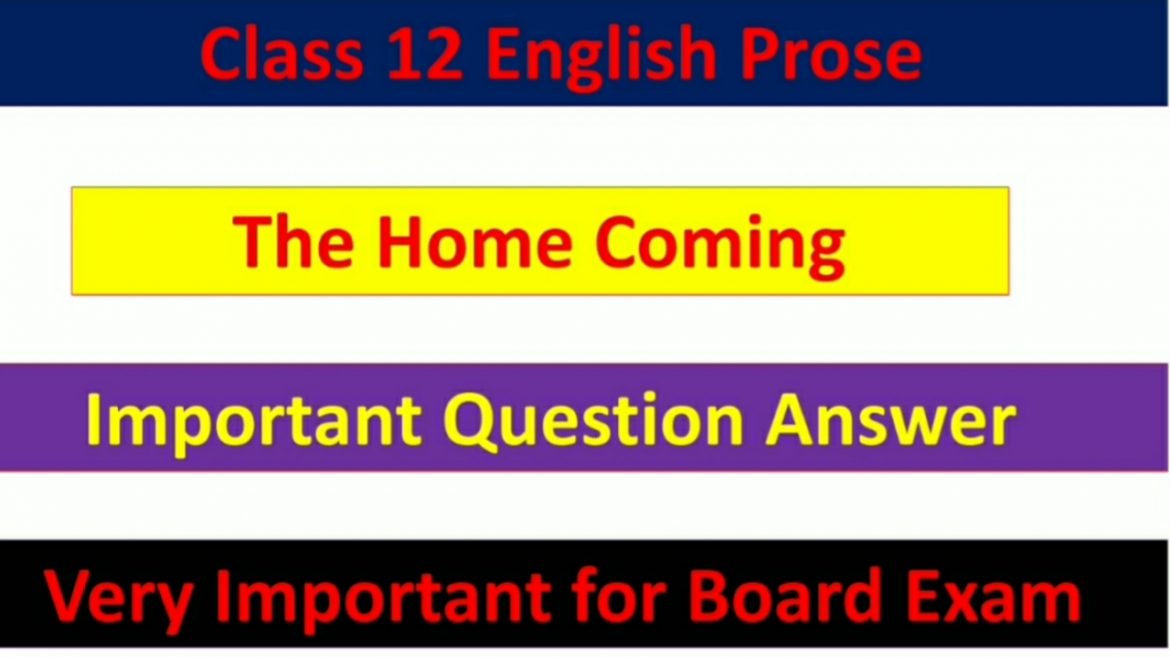 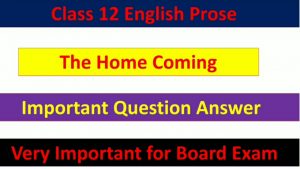 Short Answer type questions of the lesson ‘The Home Coming’ :

Qu. 1 What did Phatik and his friends decided to do?

Ans. Phatik and his friends decided that they should shift the log by force from its place and roll it away.

Qu. 2 Why was Phatik furious with his brother Makhan?

Ans. Phatik was furious with his brother Makhan because he tried to intervene and stopped them to roll the log by climbing on it.

Qu. 3 Why did Phatik ran away from school?

Ans. Phatik ran away from school because he had lost his book and was unable to complete his work. He was not liked by teacher as well as the class fellows.

Qu. 4 Who arrived at Phatik’s house?

Qu. 5 Why did the teacher cane Phatik unmercifully?

Ans. Phatik was the most backward boy in the whole school. If the teacher asked him a question, he remained silent and gaped at him. So the teacher caned him unmercifully.

Qu. 6 Why was Phatik delirious throughout the night?

Ans. Throughout the night, Phatik was delirious as he was suffering from very high fever.

Qu. 7 Why did Phatik go to Calcutta?

Ans. Phatik went to Calcutta because once his maternal uncle Bishamber visited his sister after a long time. He volunteered to take Phatik to Calcutta where he would be educated.

Qu. 8 What happened to the boy Phatik after he comes from the village to the Calcutta?

Ans. When Phatik comes from the village to the city of Calcutta, he became ill after some time. He was all alone in the big city. At home, he was not liked and school he was laughed at.

Question. Why was Phatik unhappy in Calcutta?
Ans –

For Board Exam Preparation Please Visit Our YouTube Channel – https://www.youtube.com/c/Knowledgebeem