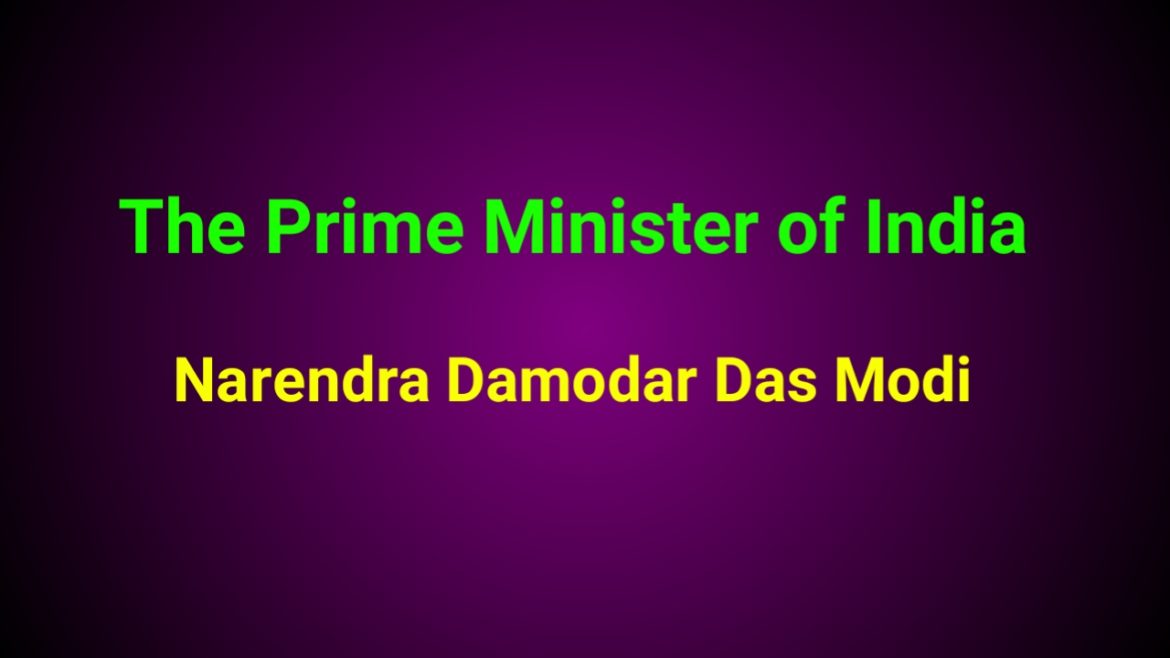 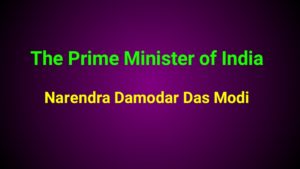 1. Introduction – Narendra Damodar Das Modi is a very popular Prime Minister of India. He is known and respected all over the world.

2. His Birth – Shri Narendra Damodar Das Modi was born on 17th September, 1950 at Mehsana in Gujrat. His father Damodardas Mulchand maintained his big family by running a tea – stall at Wudnagar railway station. His mother Hiraben is a simple house-wife.

3. His Childhood – Narendra Modi was only eight years old boy when he started helping his father at his tea-stall. So his early childhood was somewhat full of hardship. He received his early education at Wudnagar. He played roles in theatre also when he was young.

4. Work in the Political field – In 2001 Keshubhai Patel was suffering from illness and the BJP was in critical position. Modi played important role to save the Party position. On 7th October, 2001 he was made the C.M. of Gujrat. Unfortunately, on 27th Feb. 2002 Godhara Scandal took place. On July 19, 2002 Modi resigned from the Post. In 2007 he became the C.M. third time. In 2012 he became the C.M. fourth time. Inquiry committee set up by the Supreme Court to investigate the Godhara Scandal gave clean chit to Modi. Ahmadabad Court accepted the report of the committee on 26th December 2013. Being declared neat and clean Modi became hero of the nation. On 21st May, 2014 Narendra Modi resigned from the Post of C.M. of Gujrat. He sworn in as the Prime Minister of India on 26th May, 2014.

5. His work as the Prime Minister – Narendra Modi is a succesful Prime Minister. India is making great progress under his guidance. He did a lot for the world. He has solved some difficult problems of the country as well as the world.

6. Conclusion – Narendra Modi started his journey from the soil and reached at the top of the Mountain. Now he has became the hope of the nation and shining star of the world.