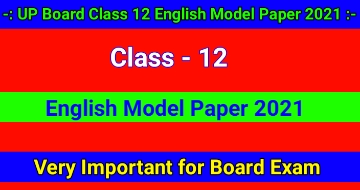 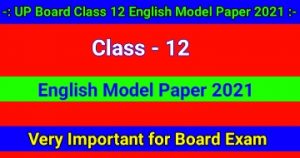 Note – First 15 minutes are allotted to the candidates for reading the question paper.

1. Explain with reference to the context any one of the following passages : 10
(a) The people I saw in India – those in the villages as well as those in office – have both pride and lively sense of decency and citizenship. The also have a passion for independence. This beautiful child born in squalor and poverty, uneducated in both grammar and manners – had given me a glimpse of a warm soul of India.

(b) He played with me, openly and ostentatiously, like a skilful matador finessing round an infuriated bull. It was obvious that he was enjoying himself, that it was for this that he had disturbed my repose. He wanted a little sport, and what sport like being chased by this huge, lumbering windmill of a creature, who tasted so good and seemed so helpless and so stupid? I began to enter into the spirit of the fellow.

(b) The old family system is ………. Itself to present day
conditions. (adapting, opposing, suiting, competing)
(c) I am anxious that our great ……. should be studied.
(connectiing, adopting, adapting, finding)
(d) Makhan only moved to a more …… position.
(comfortable, unbearable, easy, critical)

For Complete Preparation of English for Board Exam Please Visit Our YouTube Channel – https://www.youtube.com/c/Knowledgebeem

(b) When I consider how my light is spent
Were half my days, in this dark world and wide
And that one talent which is death to hide
Lodged with me useless, though my soul more bent.

(c) Transform any one of the following sentences as directed within the brackets : 2
(i) Don’t kill the innocent birds. (Passive Voice)
(ii) No other student is as good as Ravi. (Comparative Degree)

(d) Correct any two of the following sentences : 2
(i) It is me who is your friend.
(ii) It was raining for three hours.
(iii) Many a boy were playing in the field.
(iv) Sharma is junior from me.

(d) Substitute one word for the following expressions : 3
(i) That which can be believed.
(ii) That can not be read.
(iii) A man whose wife is dead.
(e) Use the following words in your own sentences so as to
bring out the differences in their meanings clearly : 2
(i) Career
(ii) Carrier

11. Read the following passage carefully and answer the questions that follow :
Ashoka was at first disposed to follow the example of his father and grandfather and complete the conquest of the Indian Peninsula. He invaded Kalinga (255 B. C.) on the coast of Madras. He was successful in his military operations, and alone among conquerors, he was so disgusted by the cruelty and horror of war that he renounced it. He would have no more of it. He adoped the peaceful doctrines of Buddhism and declared that henceforth the conquests should be the conquests or religion. His reign of eight and twenty years was one of the brightest interludes in the troubled history of mankind.

(a) Why did Ashoka renounced war? 2
(b) What measures did Ashoka take for the welfare of the
people? 2
(i) Explain the underlined words. 1
(ii) Give a suitable title to the above passage. 1